The Little Train That Could

At the April 29th meeting of the Executive Committee, the members tackled the issue of how best to move forward in bringing passenger rail to the Coachella Valley. Over a decade ago, CVAG commissioned the first of two rail studies, most recently updated by SCS Consulting Services. In between, another study was completed by the Riverside County Transportation Commission (RCTC). Further, elected CVAG members have spent countless hours meeting with legislators and Caltrans Division of Rail in order to keep the Coachella Valley segment in the State Rail Plan. Historically, our elected members have always been quite dedicated to the Coachella Valley, working hard on various matters. In this issue of CVAG Today, we would like to introduce you to a gentleman who is not elected, is not a member of the railroad, but has worked extremely hard on the issue of bringing passenger rail to the Coachella Valley and, quite frankly, has been instrumental in the events that lead to Monday night’s Executive Committee decision. 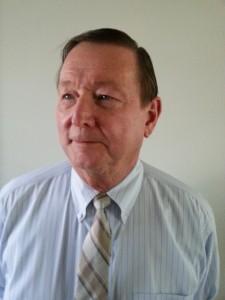 Robert Manning, President of Southwest Rail Passenger Association, is a man of dedication and perseverance. Manning, a retired police officer from a small city in Marin County, recounts the beginning of his love of trains. “Many years ago when I was first married, my wife and I were taking a train trip to Las Vegas and a friend told me the Union Pacific train went from Los Angeles, to Las Vegas to Chicago…” In recounting this story, Manning beautifully described the Amtrak train, from its dinner car to the sleeper car, not forgetting to describe the comfort of the seats. It was no surprise to hear that the Manning’s ultimately rode the train to Chicago!

Manning, alongside Councilmember Greg Pettis and other members of RCTC and CVAG, became actively involved in the development of the 2010 Coachella Valley Rail Study Update. Manning also researched what steps must occur in order for the Coachella Valley to secure daily passenger rail service to and from Los Angeles. At this time, Amtrak operates the Sunset Limited on a three day per week basis, taking passengers from Los Angeles to Arizona and on to Texas, with one stop in the Coachella Valley. To retain this stop, and grow more stops, Manning stated, “We have to remain in the California State Rail Plan to achieve any type of service out here.” Mission accomplished. Bob’s persistence and hard work by RCTC and CVAG staff has protected the Coachella Valley rail component in the State Rail Plan.

Early in 2012, to introduce Coachella Valley elected officials to the attraction and comfort of Amtrak train services, Manning organized a field trip to Los Angeles Union Station, where members of CVAG’s Transportation Committee, and others, toured the station and train maintenance facility, later riding back to the Coachella Valley on the regular Sunset Limited train. It was Manning’s hope that the tour “…would help convince a lot of people just how valuable the train is, what the train is all about, what the train can accomplish…” As for continued cooperation by the railroad, Manning stated that, “… we can work with Union Pacific.” The Sunset Limited operates on a main line for Union Pacific and though it is a fairly heavily traveled line, Manning stated that, “The track through the Coachella Valley to the Colton Crossing is all double tracked. This will allow for additional passenger service to have little impact on the freight service, which is currently the main user of the line. This is also good news for proponents of Coachella Valley daily passenger rail service that will one day bring droves of people to the Valley to attend concerts, play golf, take pleasure in other local events, or to just enjoy our beautiful desert.”

With the action of the Executive Committee: directing staff to work with RCTC to establish a rail fund using Proposition 1B funds; establishing a 90% bus transit/10% passenger rail service split of Transit Development Act funds; amending the Coachella Valley Intermodal Transportation Authority; and directing staff to work with RCTC to provide the Executive Committee with a multi-year projection of the financial impact to SunLine Transit Agency, there seems to be definite enthusiasm of our elected officials to see daily passenger rail service in the Coachella Valley come to fruition. Further, with the continued hard work by community members such as Bob Manning, our local leaders will have passionate advocates for this issue in the Coachella Valley.