Imagine being able to board a passenger train in the Imperial Valley and have it whisk you away north to the Los Angeles area. Hard to believe that this scenario was once possible beginning in the early 1930's & extending all the way through to the mid 1950's. The Southern Pacific railroad (now the Union Pacific) once ran a daily passenger train that originated out of Los Angeles Ca heading east through Palm Springs & Indio, then heading south at Niland Ca passing through the Imperial Valley cities of Brawley & El Centro, with its end terminus being Calexico Ca. This train, in its original, early incarnation was called The Imperial. [1] Coincidentally this train was also one of the first to depart/arrive at the newly opened Los Angeles Union Passenger Terminal in 1939.

Now fast forward to the present. In order for you to catch any type of passenger train, you need to drive 50 mins to Yuma Az to board a train that unfortunately only operates 3 days a week. That train (the Sunset Limited) is operated by Amtrak. This train heading west from Yuma will take you as far as Los Angeles. East you have a boat load of destinations at your disposal. You can end up in a number of cities which include New Orleans, Houston, San Antonio, El Paso, Dallas/Ft Worth, St Louis & Chicago just to name a few of the major cities along the route.[2]

In this day and age it makes a whole lot of sense to one day return passenger train service to the Imperial Valley. A huge first step would be to establish corridor rail service from Los Angeles to the Palm Springs area, then once corridor service is established, extending 1 or 2 trains a day past Palm Springs into the Imperial Valley. Currently the only means of transportation Imperial Valley residents have is to use the Greyhound system of buses that unfortunately take quite a bit of time to get to Los Angeles. You can also fly out of Imperial Valley Airport and head towards LA but who wants to pay those high air fares in this economy.

Travel by rail is safe, energy efficient, cost effective, and convenient. Also with the rising costs of gas prices bringing corridor rail service one day to the Imperial Valley is something that we need to seriously take into consideration. Please check back to this article periodically as I will try to add updates and more information regarding the Imperial Valley and corridor service to the Southwest! 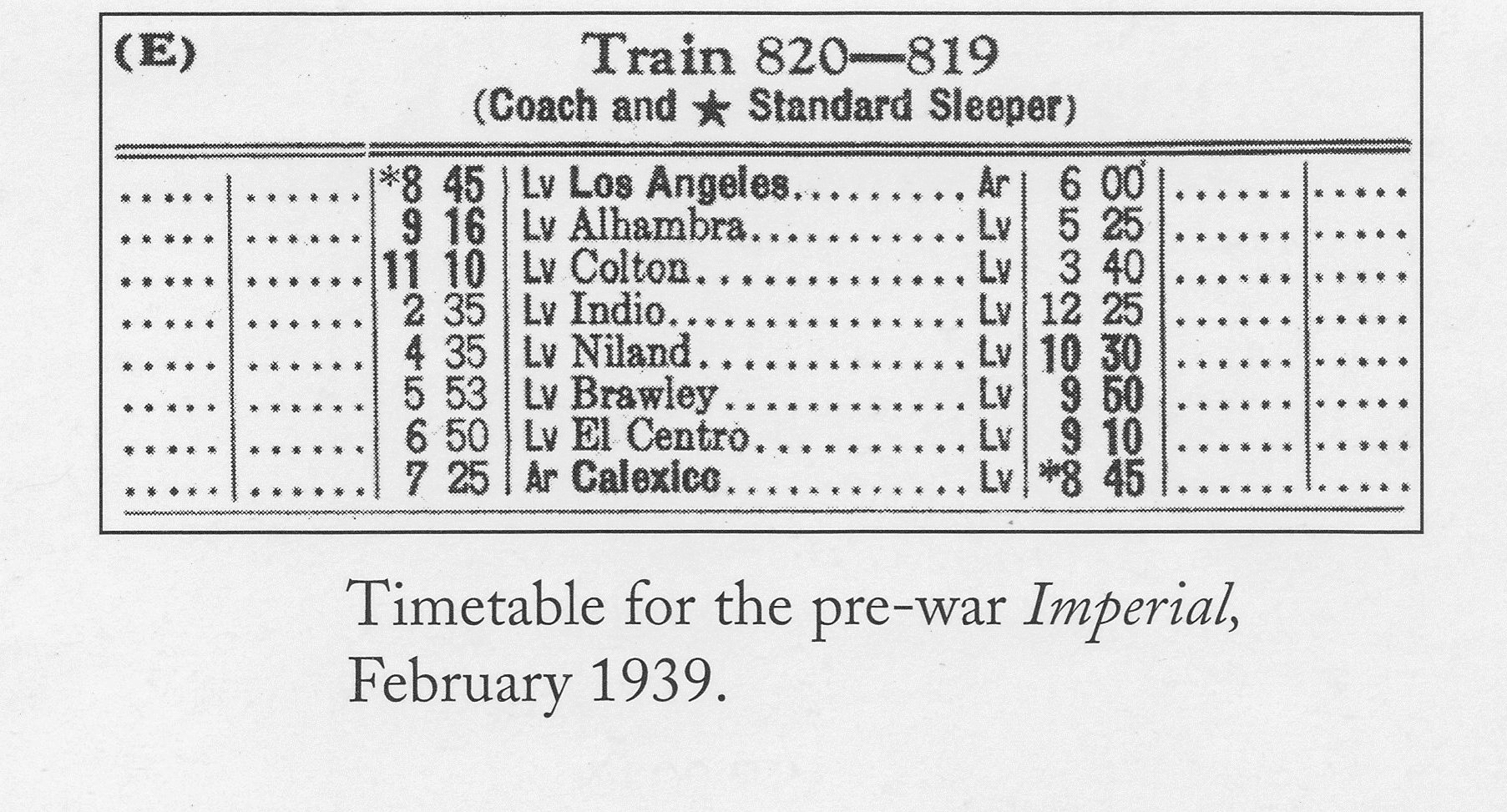